The .gov means it’s official.
Federal government websites always use a .gov or .mil domain. Before sharing sensitive information online, make sure you’re on a .gov or .mil site by inspecting your browser’s address (or “location”) bar.

This site is also protected by an SSL (Secure Sockets Layer) certificate that’s been signed by the U.S. government. The https:// means all transmitted data is encrypted — in other words, any information or browsing history that you provide is transmitted securely.

The Technology Modernization Board

The role of the Technology Modernization Board is to evaluate project proposals submitted for funding in accordance with the Modernizing Government Technology (MGT) Act.

The TMF Board is made up of 7 voting members:

Additionally, six alternate board members with expertise in information technology, cybersecurity, and acquisition provide added insight and can stand in as a voting board member. 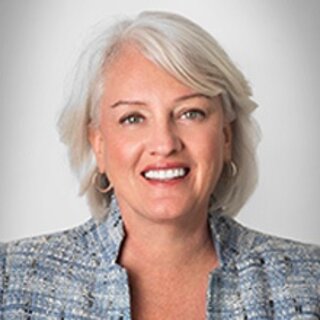 Throughout her career, Clare Martorana worked to improve and simplify the digital experiences people have when interacting with businesses and government. Martorana most recently served as Chief Information Officer of the U.S. Office of Personnel Management, where for the past two years she stabilized and secured agency operations to deliver better digital-first services for the Federal workforce. Martorana began her public service career as a member of the U.S. Digital Service team at the U.S. Department of Veterans Affairs, establishing the agency’s enterprise-wide Digital Modernization effort to deliver for veterans the 21st-century digital experience they deserve. Prior to joining the government, Martorana was President at Everyday Health and Senior Vice President and General Manager and editor-at-large at WebMD. 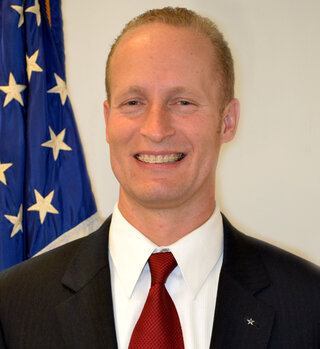 David A. Shive is the Chief Information Officer for the U.S. General Services Administration. Mr. Shive oversees the GSA IT organization, and is responsible for information technology operations and ensuring alignment with agency and administration strategic objectives and priorities. He joined the U.S. General Services Administration’s Office of the Chief Information Officer in November 2012. Concurrent to his role as CIO, David served as the Acting Commissioner of the newly formed Technology Transformation Service from July - November 2016. Prior to being named CIO, he was the Director of the Office of Enterprise Infrastructure, responsible for the enterprise information technology infrastructure platforms and capability that support the GSA business enterprise. He was also the Acting Director of HR and FM Systems for the GSA CFO and CPO offices. Prior to joining GSA, he served in the District of Columbia government as a Chief Information Officer. In this role, Mr. Shive had executive responsibility for agency IT operations including financial systems, security and privacy programs, internal controls and compliance, strategic planning, enterprise architecture and performance management and measurement programs and directed the transformation of enterprise systems and processes, to public/private cloud hybrid.

Matt Hartman serves as the Deputy Executive Assistant Director of Cybersecurity, Department of Homeland Security Cybersecurity and Infrastructure Security Agency. In this role, Mr. Hartman leads CISA’s proactive administration of Federal Civilian Executive Branch cybersecurity and serves as the primary interface to Agency Chief Information Officers and the Office of the Federal Chief Information Officer (OFCIO). Previously, Mr. Hartman served as the Cybersecurity Counselor to the Secretary of Homeland Security, Senior Advisor to the Assistant Secretary of Cybersecurity and Communications, Director of Strategy Coordination and Management, and various leadership positions within the Continuous Diagnostics and Mitigation Program, including Acting Program Manager from May 2016 until January 2017.

Darren Ash leads the strategic direction for the Farm Production and Conservation Mission Area’s Information Solutions Division while working in partnership with other USDA offices to provide information resources enabling the mission and supporting America’s farmers, ranchers, producers, and forest landowners. Prior to this position, Mr. Ash served as the Chief Information Officer of the Farm Service Agency, and before that as the Chief Information Officer for the U.S. Nuclear Regulatory Commission (NRC). 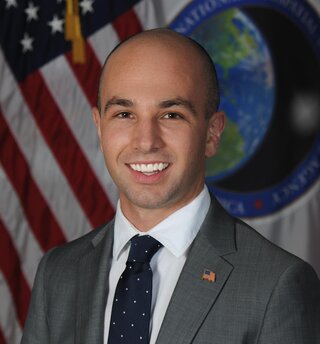 Alex Loehr has spent his career bringing modern digital practices to our government’s most important missions. Prior to his current role at the National-Geospatial Intelligence Agency (NGA), Mr. Loehr served as Deputy CTO for the Department of Veterans Affairs (VA), where he helped launch an updated VA.gov to improve Veteran’s digital experience and led VA’s API program. Mr. Loehr’s previous experience inside and outside government includes the U.S. Digital Service, In-Q-Tel, and the Army Geospatial Research Laboratory.

Charles Worthington is a software developer and product designer who has been helping the government adopt modern digital service delivery best practices since 2013. In his current role, he works to improve the experience Veterans have when interacting with the Department of Veterans Affairs (VA) online. Prior to joining VA in May 2017, Mr. Worthington helped create the U.S. Digital Service, where he co-authored the Digital Services Playbook and executed digital service engagements at several agencies. Before his federal service, Mr. Worthington built products for private sector clients and was a strategy consultant in the tech & telecom sectors.

Maria Roat became the Deputy Federal Chief Information Officer in May 2020 bringing 35+ years of professional experience in information technology experience. She previously served for 3.5 years as the Small Business Administration’s Chief Information Officer. Prior to this, Ms. Roat served more than 2 years as the U.S. Department of Transportation Chief Technology Officer, and 10 years at the Department of Homeland Security in a number of capacities. Ms. Roat retired from the U.S. Navy in 2007, with 26 years of active duty and reserve service, where she obtained the rank of Master Chief Petty Officer, Information Systems Technician. 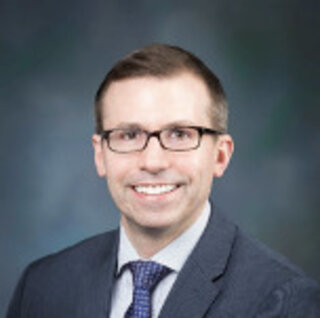 Chris DeRusha was most recently the Chief Information Security Officer for the Biden-Harris campaign. Prior to joining the campaign in June 2020, he served as the Chief Security Officer for the State of Michigan. DeRusha has extensive experience managing cybersecurity and critical infrastructure programs and operations both in the public and private sectors. DeRusha led Ford Motor Company’s Enterprise Vulnerability Management program and has over eight years of Federal Government experience working both at the Office of Management and Budget and the U.S. Department of Homeland Security. 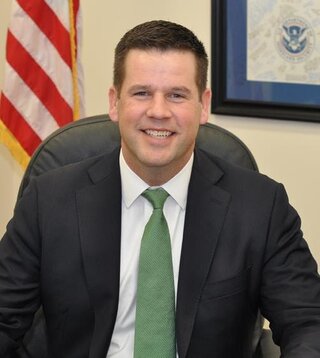 Harrison Smith is the Co-Director of Enterprise Digitalization and Case Management for the Internal Revenue Service (IRS). In this role, he is responsible for addressing the challenges associated with ingesting large volumes of paper documents and unstructured data, and spearheading digitalization efforts across the Service. Previously, Harrison was the Deputy Chief Procurement Officer within the IRS, and was responsible for supporting all acquisition programs and contractual commitments for equipment, supplies, and services for IRS and Treasury Departmental Offices. Prior to joining the IRS, Harrison served in several roles at the Department of Homeland Security (DHS), including Industry Liaison. As the Industry Liaison, he was responsible for providing leadership and direction for DHS offices and outside officials for all aspects of the DHS industry engagement program. He also served as a principal advisor to the Chief Procurement Officer on matters relating to all aspects of procurement. Harrison has 20 years of operational procurement experience with various IRS, DHS Naval Sea Systems Command offices, including acting as the Contracting Officer for several multi-billion dollar IT procurements. As the Director of the Enterprise Acquisitions Division with DHS, he was responsible for a portfolio of 25 strategically-sourced contracts with a cumulative value of $68 billion. He has also worked in policy and strategic analysis positions on the Hill, and has supported the Special Assistant to the Secretary of the Navy for Business Initiatives and the Chief of Naval Operations Executive Panel under the auspices of the Presidential Management Fellows program. 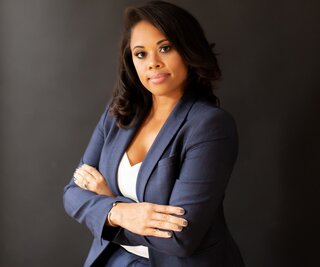 For the past 15 years, Sheena Burrell has worked within Chief Information Officer (CIO) organizations in multiple federal agencies as a change agent for greater automation and modernization of Information Technology, with the goal to decrease the federal government’s technical debt. Sheena Burrell became the Deputy CIO for the National Archives and Records Administration (NARA) in February 2020, where she created systems and tools that allow customers to permanently preserve digitized, as well as “born” digital, information to assist in discovering NARA’s holdings. Prior to coming to NARA, Ms. Burrell served for 3 years as a Business Manager at the National Aeronautics and Space Administration. Prior to this, Ms. Burrell served 15 years at the Social Security Administration in a number of capacities. 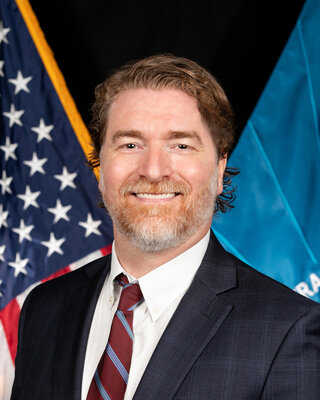 Sean Connelly serves as the Trusted Internet Connections (TIC) Program Manager at the Cybersecurity and Infrastructure Security Agency (CISA) within the Department of Homeland Security (DHS). Mr. Connelly leads the federal government’s strategy to securely protect government networks that connect to the Internet and cloud providers. Mr. Connelly joined DHS in 2013 and has served in a variety of roles, including the development of TIC 1, 2 and 3, along with the deployment of CISA’s sensor capabilities (operationally known as EINSTEIN 3A), and was part of the initial architectural team that stood-up the Continuous Diagnostics and Mitigation program. Additionally, Mr. Connelly was a lead author on the ‘IT Modernization Report to the President’ in 2017, as well as a co-author of NIST’s Special Publicization towards ‘Zero Trust Architectures’ in 2019. Mr. Connelly has over 20 years of experience in the IT and cybersecurity domain.

Sanjay Gupta joined the U.S. Small Business Administration in January 2017 as Chief Technology Officer (CTO) from the private sector. Sanjay is a business driven, results oriented leader, adept at leveraging technology to innovate and deliver results quickly. He brings to SBA an exclusive combination of experiences as a CIO/CTO, Managing Partner Consulting, and as a Research Analyst. As SBA’s CTO, Sanjay has led major 90-day transformations in each of the last four years. These modernization initiatives with inter-agency collaboration have not only benefited the SBA but have also informed change across the federal government landscape. Throughout his career, Sanjay has led business/IT transformations across industries. He brings extensive global experience across industries in areas such as IT Strategy, Innovation, Digital Transformation, Architecture, Cloud, Cybersecurity, Agile Development and Open Source. Sanjay has authored over 20 research white papers focused on advice and guidance for CIOs/Boards. He is a recognized industry thought leader, keynote presenter, speaker and author.